Insurance is something that everyone should have, especially when it comes to protecting your home. But, what happens when you are not sure what type of insurance you need? What if you are not even sure if a particular incident is covered by insurance?  Flood insurance is supposed to help individuals and businesses recover from a flooding event, but what happens if the damage is caused by a burst pipe instead? Today we will focus on one particular question: does flood insurance cover burst pipes?  Many people assume that their flood insurance policy will cover them for any type of water damage, but this is not always the case. Keep reading to learn more!

Flooding is one of the most common natural disasters in the United States, and it can cause a great deal of damage to your home or business.  If you live in an area that’s prone to floods, you’re probably familiar with flood insurance. But did you know that flood insurance can also cover burst pipes and other water damage?

While flood insurance will typically cover any damage caused by rising waters, there are some limitations to what it will cover. For example, most policies won’t cover damage caused by sewer backups or sump pump failures. And, depending on your policy, you may have a deductible that you’ll need to pay before your coverage kicks in.

It’s important to read the fine print of your policy to know what is and isn’t covered. If you’re not sure, ask your insurance agent for clarification. In the end, it’s better to be safe than sorry when it comes to protecting your home. 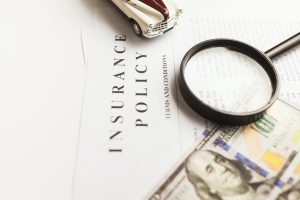 When a pipe bursts, the resulting flood can cause extensive damage to your home. If you have flood insurance, you may be covered for the cost of repairing the damage. However, flood insurance does not cover all types of flooding.

Flood insurance typically covers burst pipes that are the result of an external flood event. This means that if your home is flooded and the floodwater causes your pipes to burst, your flood insurance will likely cover the damage. In addition, if the pipe burst occurs as a result of ground movement (i.e. shifting soil or settling), then flood insurance may also provide coverage.

However, flood insurance typically does not cover damage caused by internal flooding, such as a burst pipe due to lack of maintenance. As a result, it’s important to be aware of the potential risks of flooding and take steps to protect your home accordingly. If you live in an area at risk of flooding, consider purchasing both flood and homeowners insurance to help protect your home in the event of a flood.

What Causes a Burst Pipe?

A burst pipe is one of the most common and potentially damaging plumbing problems. While the exact cause of a burst pipe may vary, there are several factors that can contribute to this issue. One common cause is sudden changes in temperature. As water freezes, it expands, exerting pressure on the pipes. This can cause even well-constructed pipes to burst.

One more common cause of burst pipes is improper installation. If a pipe is not installed correctly, it can become loose and shift over time. This movement can put stress on the pipe and eventually cause it to break.

To avoid a burst pipe, it is important to have your plumbing regularly inspected and repaired as needed. By taking these preventive measures, you can help keep your home safe from this damaging problem.  Also make sure you have the correct coverages on your home to protect you in case of an emergency.

A burst pipe can cause significant damage and may not be covered by your standard flood insurance policy. That’s why it’s important to contact an insurance agent like our team at Sound Choice Insurance who can help you find the right flood or homeowners insurance coverage for your needs. We offer competitive rates and our team is here to help you understand your options so that you can make the best decision for your family. If you have questions about what is and isn’t covered by flood insurance or would like to know more about our services, please don’t hesitate to contact us. Our team of experts are here to help you understand your policy and make sure you have the coverage you need in case of a water emergency.